As an affiliate of the National Trust for Historic Preservation, NTCIC is the ideal organization to represent the industry in conversations with key decision-makers in Washington, DC, and state capitals. We are recognized as the industry and thought leader in Historic Tax Credit (HTC) public policy, a position solidified through our formation of the Historic Tax Credit Coalition (HTCC) in 2009 and chairing the organization for nearly 15 years.

NTCIC is also a full partner in the Prosperity through Preservation Campaign, a coalition that includes NTCIC, the National Trust for Historic Preservation, and the HTCC. The campaign coordinates educational and public policy outreach to Congress and the Executive Branch on issues such as tax reform and legislation to modernize and improve the HTC. NTCIC is also a member of the Board of Directors of the New Markets Tax Credit Coalition. 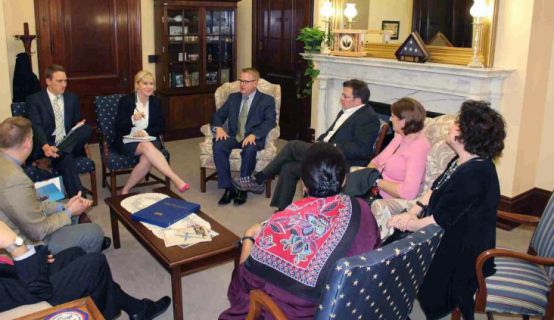 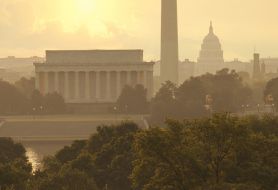 Who represents you in the Senate?

Who represents you in the House of Representatives?

Tax reform aimed at growing the economy should enhance, not diminish the HTC.

The HTC encourages private investment in the rehabilitation of historic buildings. The credit attracts private capital—$131 billion since inception—to revitalize often abandoned and underperforming properties that have a financing gap between what banks will lend and the total development cost of the transaction.

The HTC benefits local communities, especially our nation’s urban core and rural areas. Over 40% of projects financed in the last fifteen years are located in communities with populations of less than 25,000.

Return to the Federal Government

In addition to revitalizing communities and spurring economic growth, the HTC returns more to the Treasury than it costs. For each $1.00 in federal credit, the projects financed return $1.20-1.25 to the federal government through tax revenue.

NTCIC coordinates the Prosperity Through Preservation HTC Campaign in collaboration with the NTHP and the HTCC.

NTCIC uses its public policy expertise to keep its HTC clients informed of legislative and regulatory changes that may impact their historic tax credit transactions. This includes providing information on likely outcomes to legislative and regulatory discussions underway and interpreting new laws and regulations as they relate to projects in the pre-development, construction and compliance periods. NTCIC also notifies its clients of advocacy opportunities they may have to influence their Member of Congress about the importance of the HTC to their businesses. John Leith-Tetrault, NTCIC’s Public Policy Advisor, also contributes his wealth of industry experience as Chairman of the HTCC.

NTHP is the lead partner in the HTC Campaign that includes congressional lobbying, grass-tops and grass-roots advocacy and the development of briefing materials, national studies and GIS-based mapping of HTC project locations. Four years after its inception, the HTC Campaign has become a sophisticated advocacy framework, capable of coordinating state and local advocacy efforts, and responding quickly to the changing dynamics on Capitol Hill. The campaign has made significant progress raising awareness and building support for the HTC. From initially conveying the legislative threat to the program to recognizing the opportunity to positively reform the program, the campaign has catalyzed a strong network of engaged stakeholders throughout the country who are communicating with their elected officials about the importance of historic tax credits to communities of all sizes.

The HTCC engages in high-level policy discussions with lawmakers and administration officials on a number of important HTC issues, including tax reform, Revenue Procedure 2014-12, new IRS regulations related to 50(d) income and improvements in the National Park Service approval process. The HTCC uses a broad and ongoing strategy to educate key decision makers about the value of the HTC including research on the economic impact of the HTC in collaboration with the NPS and the Rutgers University Center for Urban Policy Research.

SIGN ON YOUR ORGANIZATION IN SUPPORT OF THE HTC

SIGN HERE
Become an HTC Advocate
Contact our public policy team to learn about how you can protect your business through HTC advocacy by emailing our Public Policy Manager, Mike Phillips.
Contact Us
Contact your member of Congress
Ask Your Lawmakers to support the HTC and co-sponsor the Historic Tax Credit Improvement Act with NTHP's convenient action form.
Contact Congress
""In a time of austere federal budgets, we need to look at meaningful ways of getting the most out of every dollar and the economic impacts of historic tax credits have been transformational.""
Senator Ben Cardin (D-MD)
"Our tax credits have made the preservation of our older buildings not only a matter of respect for beauty and history, but of economic good sense."
President Ronald Reagan in 1984