By now, you’ve probably heard about Opportunity Zones, but you may still not be sure whether to be excited, alarmed, or indifferent regarding their implications for your community. That’s no surprise—depending on whom you ask, Opportunity Zones constitute either the most significant federal community development incentive in a generation or one of the biggest tax giveaways to the rich in American history.

Preservationists and community advocates have reason to be wary of visionary big fixes for economically distressed communities. Urban Renewal had grandiose community development goals, and we know how well that went. Over the course of a quarter-century, more than 2,000 construction projects nationwide resulted in the demolition of 600,000 housing units. Two million residents were displaced, most of them African Americans and other people of color, and thousands of small businesses were forced to close.

The modern preservation movement played an instrumental role in ending Urban Renewal as an official program, but not before it had done severe damage to cities large and small. Preservationists and community advocates need to keep that experience clearly in the rearview mirror as we consider our response to Opportunity Zones, which are in some ways an effort to repair the damage inflicted by Urban Renewal.

What Are Opportunity Zones?

Opportunity Zones are geographic areas designated by the governor or chief executive of every U.S. state and territory. The U.S. Treasury Department has certified 8,700 census tracts in urban, suburban, and rural communities nationwide as Opportunity Zones. The designated zones, home to nearly 35 million Americans, have an average poverty rate of more than 32 percent, an average family income 37 percent below the area or state median, and an unemployment rate nearly 1.5 times higher than the national average.

These economically distressed areas are eligible for a new federal tax incentive created by the Tax Cuts and Jobs Act of 2017. The incentive is designed to spur economic development and job creation by driving long-term private investment. It provides tax benefits in exchange for investing unrealized capital gains into Qualified Opportunity Funds (QOFs); those funds, in turn, make investments in the Opportunity Zones.

Opportunity Zones may be the single biggest federal tax incentive in decades. Treasury Secretary Steven Mnuchin has said that the zones could attract $100 billion in investment over 10 years, with more than $6 trillion in unrealized individual and corporate capital gains theoretically available to be invested. There are no limits on how much money can be invested or how much tax can be avoided, either individually or in the aggregate. The incentive offers a tremendous amount of flexibility to invest in productive economic activity, including new and expanding businesses, affordable or market-rate housing, infrastructure, energy, and commercial and retail developments. 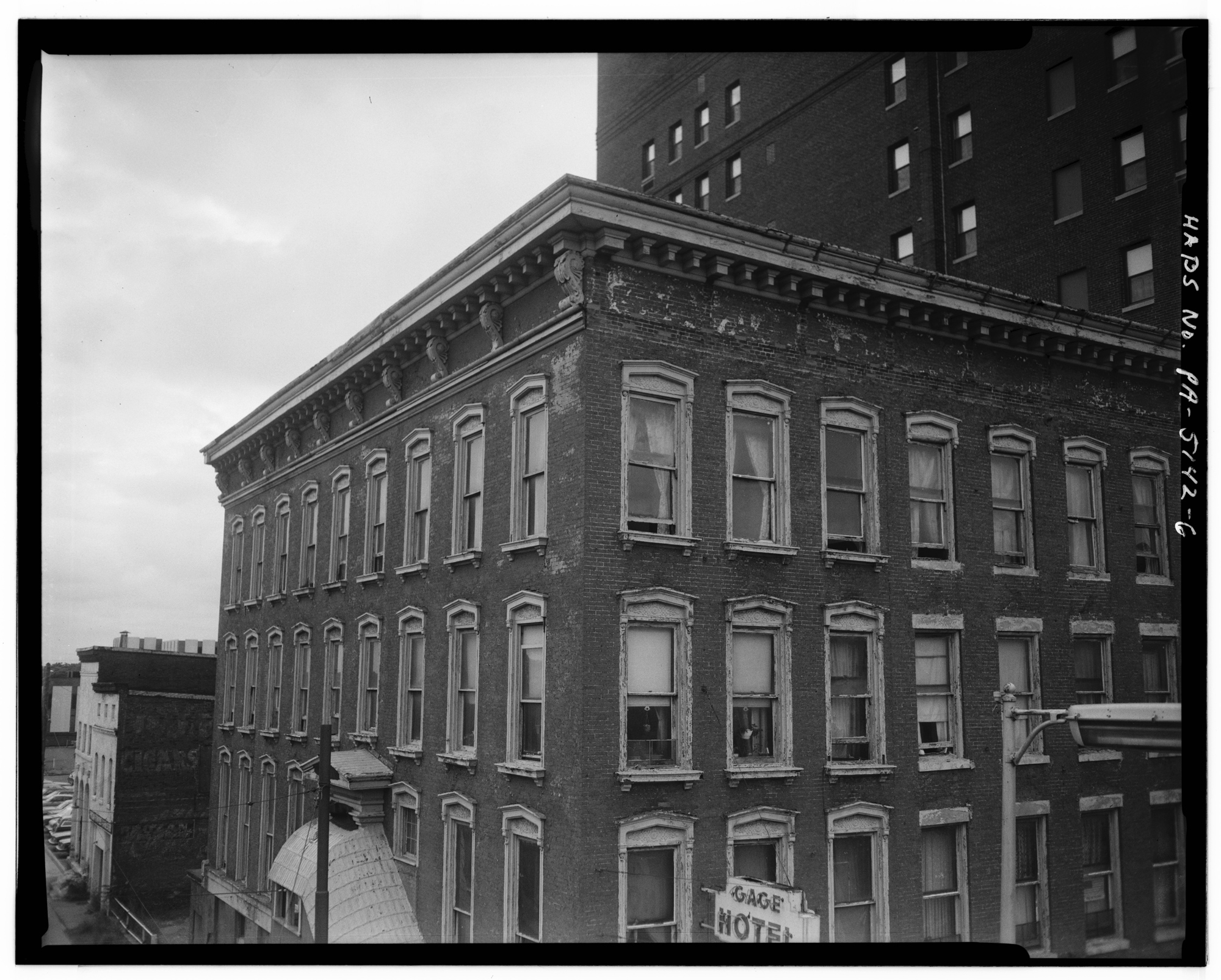 Erie is one of the first cities to develop a proactive Investment Prospectus | Credit: Historic American Building Survey, Library of Congress

Given their flexibility, scale, and scope, Opportunity Zones could represent a new era in economic development and community investment. Few would dispute that the prescriptive urban and rural revitalization efforts of the past have yielded mixed results, and even the most successful federal programs have generally lacked the scale required to make lasting change at the metropolitan and regional levels. Against that backdrop of inadequate federal response, Opportunity Zones have the potential to unleash beneficial capital for distressed neighborhoods.

But they are not without risks. Opportunity Zones were intentionally created with few “guardrails,” based on a vision of enlightened investors unfettered by government red tape. They have no specific provisions to incentivize historic preservation or inclusive housing nor to discourage demolition of historic properties or displacement of existing residents. With billions in for-profit capital likely to flow into poor communities, the incentive could push out the very people it is meant to help. The Brookings Institute found that one in five Opportunity Zones is in an already-gentrifying area.

Working with investors, developers, philanthropic organizations, and local government, preservationists can help shape and leverage Opportunity Zones to preserve our built heritage and revitalize disadvantaged communities for a more equitable future. Preservationists should seek to:

The ultimate impact of Opportunity Zones will depend in large part on how well prepared local communities are to channel private investment to create economic opportunity, enhance community assets, and improve quality of life. Communities that are not prepared risk seeing this opportunity pass them by or worse—attracting development that displaces residents and harms, rather than enhances, irreplaceable assets.

Local efforts to make optimal use of Opportunity Zones are already underway across the country.

The National Trust is working with the National Main Street Center and the National Trust Community Investment Corporation (NTCIC) to explore the opportunities and challenges of the new incentive and identify partners. NTCIC, for example, is applying its technical knowhow to seek final Opportunity Zone regulations and guidance that would facilitate twinning with HTC and the New Markets tax credit, which would create guardrails by proxy. We are committed to identifying and promoting strategies that our partners can employ to maximize the benefits and minimize potential harm associated with Opportunity Zones.

If preservationists can successfully partner with disadvantaged communities, nonprofits, local government, and socially responsible private investors, Opportunity Zones could, in tandem with existing local, state, and federal rehabilitation incentives, achieve their promise of equitable and inclusive development through investment in historic neighborhoods.